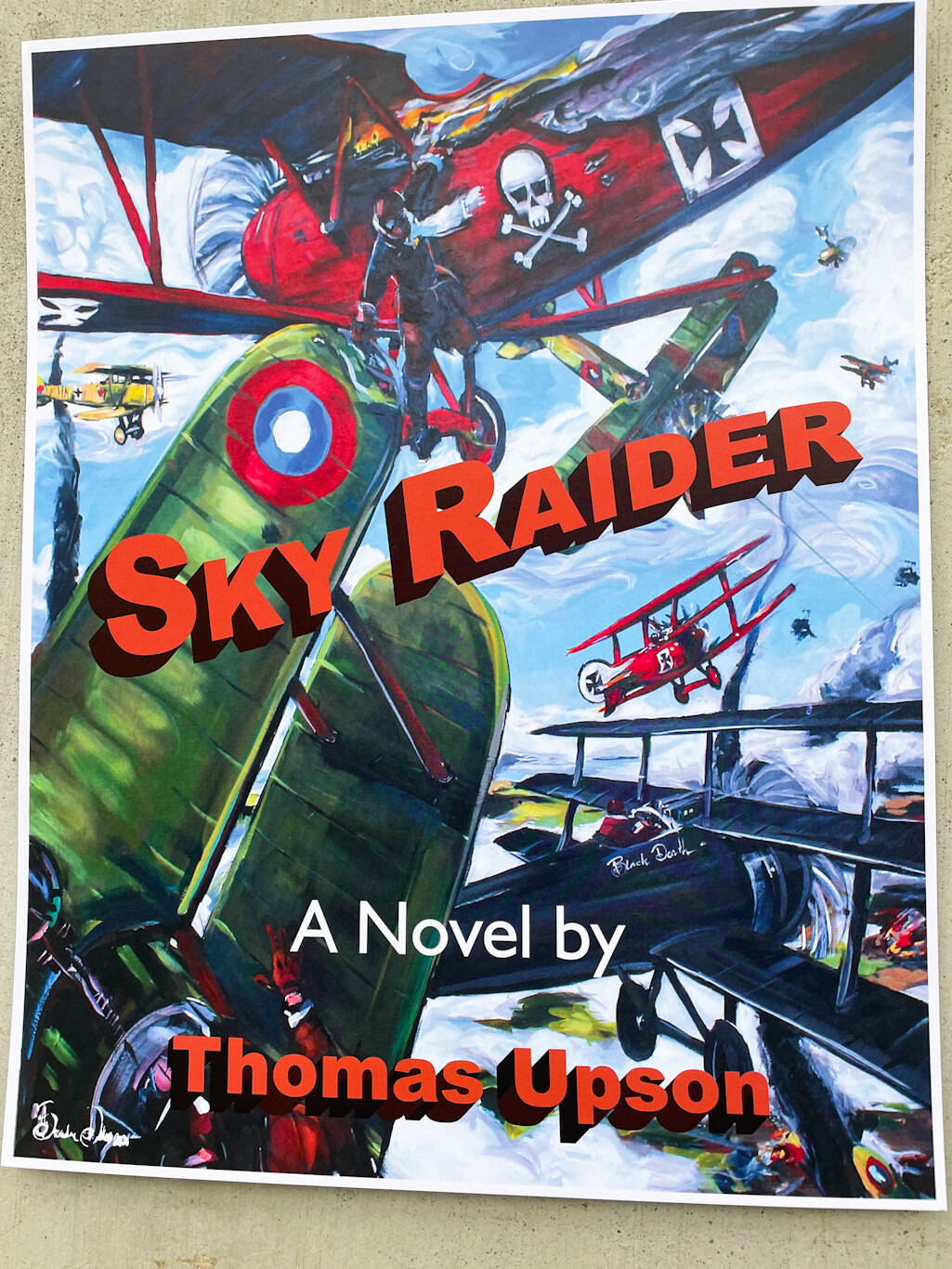 Like the movie posters we all love, here's a Limited Edition 11x14 poster, signed & numbered by the book author! This one is the Front Cover art for the #1 Historical Aviation Adventure Novel by Thomas Upson!

Do you want to know how it feels to be an Ace in a world at war?

Defy gravity with Dr. Duke Thomas, WWI Flying Ace, in his open cockpit biplane as he survives the war torn skies of Europe and Egypt.

In this epic aviation adventure, Duke, an American volunteer fighter pilot, is surprised and amazed by his own supernatural ability to survive momentous aerial battles, German cavalry forces, and ruthless bounty hunters as he follows clues left by Caesar, Ptolemy and Cleopatra, to solve one of the world's greatest ancient mysteries.

As the Spanish Flu pandemic and World War I rages on, Duke explores three continents, sails three oceans, and finds true love in a steamy wartime romance. In battle, he flawlessly maneuvers aviation's historic Nieuport 28 Biplanes and Sopwith Triplanes in momentous dogfights against the best of the Red Baron's Flying Circus. While surviving against all odds, Duke discovers legendary riches and powers that could change the known world.

Save this product for later
Display prices in: USD
Share Your 5-Star Review on Google!